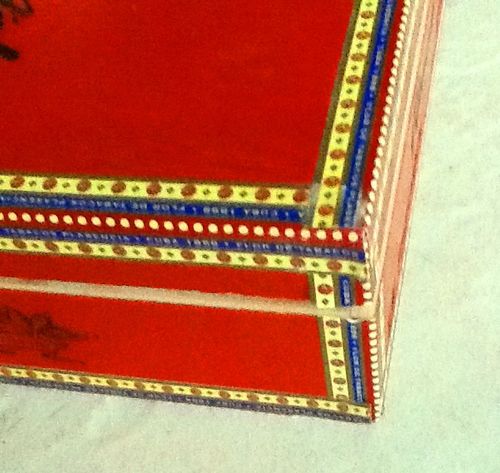 Their living room is drowning Florida pastel.  There are extravagantly framed watercolors of flamingos and bad sunsets.  The glass table in front of them is clean.  They sit on the couch, close but not too close — like a couple that’s been married for fifty-five years.  Comfortable, but allowing for needed space.

The older bald man sits in a light-rose wingback chair.  What look like two security guards stand behind him, motionless.  They haven’t taken off their sunglasses yet.  It doesn’t look like they’re going to.

Carol isn’t an unattractive woman; the Clairol dye helps.  The fashion sense was stunted somewhere in the late ’80s, as the shoulder pads in her linen jacket attest.  She still wears contacts to show off her ocean-blue eyes, which Richard says is her best feature.

You can see what she saw in Richard if you look at his smile.  His dazzling white teeth and easy wit are what sealed his business success early in his career.  He’s not the fashion plate his wife is, and keeps wearing the same three golf shirts and white shorts over and over again.  She keeps meaning to remind him that he needs new sandals.

CAROL: When did we get the box?  Now this is where we get in to trouble! [nudges Richard with a sharp elbow to the ribs]

RICHARD: [sighs, takes off his glasses and rubs his eyes with his right hand] Here we go.

CAROL: Yeah, here we go.  Now before I tell you — and get him started — let me tell you how I know.  It was because I always go to dinner with Lorraine and Marnie the first Saturday of the month.  We like to try new places, and this time we were going to try the Indian place.  Last time was the new Brazilian place, and Lorraine hated it.  But because we were going for Indian, Marnie was worried about… you know [whispers] stomach issues.  It can happen with Indian food.  Me?  I wasn’t worried.  I told her to drink plenty of water, take a couple of Tums beforehand and if she needed it, I always carry Immodium.  Before we left, I called Marnie and told her all of this.  It was October…. [looks hard at Richard] and it was a Saturday.

RICHARD:  Thank you. [clears his throat into his fist] It was Sunday.  And the reason I know it was Sunday I’m not proud of but it is true.  Because on Saturday we went to that movie with the kids… you know… that one.

CAROL: I don’t remember the name of it, Richie.  It had that guy.  From the other movies.

RICHARD: It was a western.  Pretty good.  Carol hated it, of course, but we never get to see the kids, anymore and…

CAROL: Was it the western?  Or was it the other thing?  With the casinos?

The man in the chair shifts and breaths in.  It is enough to capture the attention to Carol and Richard, to get them to refocus.

RICHARD: Right, right.  It was Sunday, because there’s one girl at one of the seafood booths, and they hand out little chunks of crab meat.  Lump crab meat.  It’s got this spicy stuff on it… What’s it called again, honey?

RICHARD: Old Bay.  Amazing stuff.  The thing is, that girl — and, well, buddy, let me tell you, she’s easy on the eyes, know what I mean, heh — well, the girl only ever works on Sunday.  I asked the Saturday guy. [shifts his position in the loveseat uncomfortably]

RICHARD: Anyway, I had a mouth full of crab when you brought… it.

CAROL: [suddenly visibly uncomfortable, whispering] It doesn’t matter what day we bought it, anyway.  Does it?  It was a horrible day.  We nearly got killed coming home from Pinellas Park.

RICHARD: How could that truck not see a Buick?

CAROL: Nothing was the same after it came in this house.  It was the box.  It had to be that box.

RICHARD: You were right, though.  It looked good on the table in the foyer.

The man in the chair asks another question.

CAROL: Everything is what went wrong.  Not a week later, the housing market crashed and well, I’m in real estate so you have to understand what that meant for me.  I haven’t had steady business since.  Of course, we didn’t immediately tie any of this to the box.

RICHARD: ‘Everything’ is right.  Things started falling apart for me at work, too.  Who can afford term life when the economy is in the tank?

CAROL: [emotional] …And then there were the kids.

RICHARD: [deep breath] The kids. [shakes his head] Our daughter started flunking all her classes.  Just like that.  She had to transfer out of Pepperdine.  Pepperdine!  She’s living with some boy in Georgia, allegedly going to community college.  And Tim… [voice catches]  well.  We haven’t seen Tim in a little while.

The man in the chair asks another question.

CAROL: No, I never opened it.  I just… never thought to, I guess.  [looks at Richard]

RICHARD: I never opened the damn thing.  In fact, I tried to avoid the foyer altogether.  I don’t even really know why.

CAROL: And it just seemed silly to get rid of it.  I mean, at the time.  How can a little box cause so much trouble?  Couldn’t be, right?

RICHARD: Of course, after the man came to collect it, I was all too happy to get rid of it.

CAROL: [indignant] You could have asked for something for it…

RICHARD: [holding her hand] Honey, I’d have paid him to take the goddam thing.