When We Was Fab 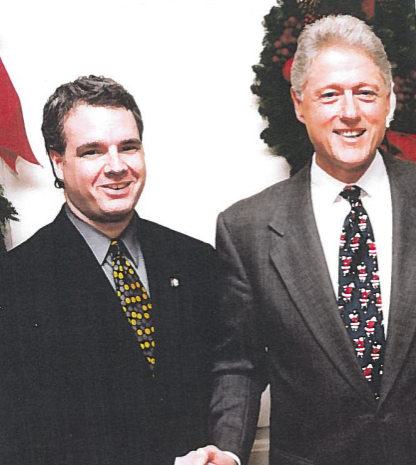 Twenty-something years doesn’t seem all that long ago, but in politics it is at least a couple of eons, maybe more. Still, I remember my time in Washington, D.C. like it was last week.

National politics is rough and tumble. It is not a business for the faint of heart, even at the lowest levels, where, back then, young kids like me toiled in administrative obscurity, answering phones, building schedules, writing correspondence.

I got my feelings hurt early on in the Clinton Administration. See, those of us brought up to Washington by the Clintons were not, well, welcome.

President Clinton had named several Arkansans to important posts in the government. This was not a shock to anyone, as the thousands of political jobs in the Executive Branch have often been filled by presidential campaign loyalists for years, even generations. Chief of Staff Mack McLarty was at the top of that list. Transportation Secretary Rodney Slater was from Marianna, Arkansas. Get down to the staff level, and the list went on and on. To be abundantly clear, twenty year-old me, working in the Office of Presidential Personnel in 1993, was at the bottom of that list.

There had been a lot of talk about how the Clinton’s themselves didn’t embrace the elite Washington culture, which is apparently a thing. I didn’t know then what that meant. Come to think of it, I’m not sure know what it means now.

This past week, President Trump had as guests to the White House known racist (and long-past-his-prime rock star) Ted Nugent*, Kid Rock** for some reason, and former Governor of Alaska, Vice Presidential Candidate, and reality TV star Sarah Palin***.

Look, I’m not going to get into celebrities in the White House. Who cares. Celebrities are a fixture on the Washington scene, a part of every administration — Republican or Democrat — and smarter minds have evaluated the crossover between Hollywood and Washington and what it all means.

What has rubbed me the wrong way — and sure, maybe I’m whining — is the double-standard. Bill and Hillary Clinton did… something wrong. I am not sure there is anyone who really remembers what. Apparently declining a tea party invitation is a big damn deal.

Interestingly, this — with Kid Rock and Palin and Ted Nugent — this is part of, ironically, the backlash to that idea of snooty, hoity-toity Washington insiders, isn’t it? Donald Trump ran and won as the consummate outsider. And now he is running his White House as one. Seeing a picture of Ted Nugent with the President of the United States shouldn’t shock any of us today.

But it does make the old Sally-Quinn-and-the-Washington-Elites-hate-the-Clintons feel a little naive, now, doesn’t it?

It really bothered me that so many of us weren’t, apparently, good enough to work in Washington, D.C., even though that’s what our representative government is all about: average people just like me going there to work and help make a difference in whatever way we could. I still believe that. But I am also well over my hurt feelings from twenty-something years ago.

Those occupants were us, a part of who we are, for better or worse. Representative government.

I’m not surprised by anything Donald Trump is doing. He’s doing everything he promised he would do. And those who still support him are those who have felt cut off from our government at the federal level for a long time.

It was said about the likes of me twenty-something years ago, but this time, I think there may be actual danger: I hope they don’t trash the place beyond repair.

*I get it. “Stranglehold,” as a classic rock guitar anthem, is bad ass. It doesn’t mean Nugent is not a fucking asshole racist shitbag.

**If tell me you have never cranked the bass, pumped the moderately obscene “Cowboy” at full volume, and sung along in your car as you sped down the freeway, you’re a goddam liar.