They Could Be Heroes 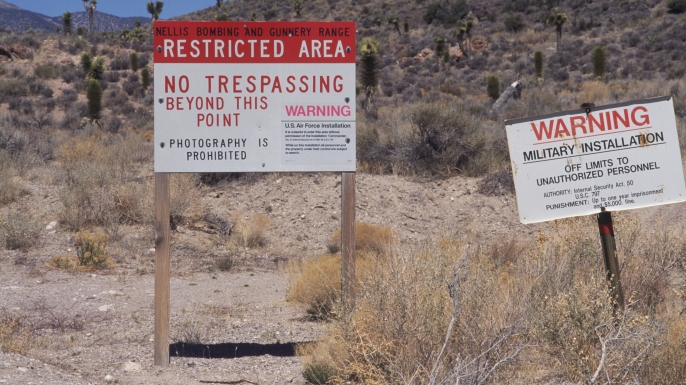 This is a flash fiction challenge from Chuck Wendig at Terribleminds: the complications of heroism.

Clocked in at 993 words. Please enjoy.

The young man behind the glass — is it glass? Or some kind of really thick plastic? Like plexiglass, but heavier — is hunched over, sitting on a cement bench protruding from the cement wall. Hair wet with sweat falls in his face. His arms hang down limply over his knees.

“Mercury Hydro Bi…,” the President of the United States trails off and glances behind his right shoulder.

One of the men in the white coats behind the two Secret Service agents whispers back: “Mercury Hydro Bicarbonate. It’s actually diluted with a Tetrahexadrene Sulfuric…”

“It’s a chemical compound,” the president says, interrupting the scientist, who only offers a tight-lipped grin and goes back to hiding behind the big Secret Service guy. “Keeps him weak. Somehow. Otherwise he’d be out of that bunker in no time.”

“Really?” I say, breathless. I still can’t believe any of it. And yet, here I am. “That’s gotta be a foot of plexiglass in between us. And… who the hell knows how much concrete around him.”

“Seven feet, steel reinforced,” says the man in a green uniform behind the other Secret Service agent.

“I’ve seen the video footage of what he can do,” the president says. “Threw an Abrams tank the length of a football field. Derailed a freight train with one punch. Jumped the height of the Empire State Building, one hop.”

“The young man with the power surge in his hands. The young woman who can fly…”

“…faster than our fastest fighter jet, by the way,” the military man interrupted.

“The youngster with the armor-plated skin. It stopped a bullet. A… what was it, General?”

“The young woman with eyesight that cuts through steel. The young man with the ability to move things with his mind…”

“We haven’t even shown you the kid who can run, well… we don’t have anything that can clock how fast he can go.” The general still doesn’t move as he talks.

“Mr. President,” I suddenly feel weak, exhausted. Overwhelmed. Like I am in a dream and can’t wake up. “Why do you have them all… locked up? Why are you treating them like this?”

“Mr. Langley,” the president speaks and steps in front of the cell. “This isn’t like the comic books. This isn’t the movies. These are just… people. People with extraordinary abilities, yes. But they are still people. They are fallible, like me and you. They have weak moments, they have problems. Just like the rest of us.”

“But… you could help them. They could… hell, they could save the world!”

“Even if the world were ready for actual superheroes, who is to say they’d listen to me? Look at this boy,” the president steps back and points to the young man on the cement bench. He hasn’t moved a muscle. “He can throw tanks, he can tear down entire buildings with his bare hands.”

“Put him with the others and they would obliterate our enemies in a week,” I say quietly.

“Now you’re thinkin’ like a soldier,” the general says, still frowning. “But like the president said, what if, for whatever reason, they decide they’re on the other team? We can’t stop them. It’s a risk we can’t take, Mr. Langley.”

“I’d say putting them in a cage like this will ensure they’re on the other team. Whatever team that is,” I whisper.

“Mr. Langley, this isn’t about people with otherworldly abilities. It is about secrets. And you are here today because you are a good journalist. You are good at what you do. And I am afraid you got too close to these secrets.”

It’s true. The strong kid, laser beam girl, iron-skin guy — they have all been rumors for so long. Took better than a dozen years, but I finally got a source on the inside. No one too high-up, no one special. But I got blurry pictures and some details out of it. Once that was out there, my site blew up. Just a matter of time before there was a knock on the door.

Should have seen it coming.

Guys in sunglasses, a trip to an airfield I didn’t know existed, a flight to… I don’t know, was it Area 51? Hard to say. No open windows on the airplane, no one talked to me. They took away my phone.

The general and the scientists met me in a cold, lifeless trailer outside a large concrete building.

The story on their briefing alone would have won me the Pulitzer Prize.

And then we walked across a small courtyard to the concrete building.

I remember pinching my arm just before shaking the hand of the President of the United States. Is this even real? Is this happening?

Sure, I was scared.

Then the tour started.

“And so you see, Mr. Langley, we are going to need you to… stop.” We find ourselves in what looks like my Junior High school cafeteria. The President of the United States sits on the bench across from me. The room smells like french fries and pizza. I suppose even government secret-keepers have to eat.

The president offers a tight-lipped smile.

“No. You’ve already put too much out into the world, Mr. Langley. That’s simply too suspicious. We need fewer people like you, not more.”

I suddenly find myself furious.

“You think you’re saving the world? Keeping these kids locked up like animals? You’re just… a zookeeper!”

“The world isn’t ready for heroes, Mr. Langley,” the president says, looking down. “That includes me. And that includes you.”

And that, I think, will be a good way to end the video I am recording with the fiber-optic camera in my glasses.

The world will see what they’re hiding. The world is ready for heroes.